Will These Pot Stocks See More Gains In February

With pot stocks ending last year on not the greatest note, it seems as though there is a solid bullish sentiment entering into the cannabis industry. January saw some pot stocks lose value, but a large portion of the market saw large bullish sentiment during the same period. With this, it can be difficult at times to tell where the market is headed. 2020 however, is helping to show investors that there may be some much-needed stability amongst pot stocks.

Recently, the gains that we have been seeing are not large double-digit percentage shifts. Rather, these gains are single digit, and consistent. While smaller gains may seem like a bad thing, for an industry that has historically been extremely volatile, these smaller gains indicate a shift toward stability. It seems as though many investors are now trading off of intrinsic value and the future in a company rather than on speculation.

This is not to say that there is no volatility in the industry, just that it is shifting in a positive way toward the future. Moving forward, it is important to know which area of the market one wants to invest in. With this in mind, it is much easier to deduce one’s volatility threshold. As we delve further into the new year, these two pot stocks continue to be interesting candidates for potential investment.

Pot Stock To Watch: A Key Retailer of Cannabis

Planet 13 Holdings (PLNHF Stock Report) (PLTH) had quite a disappointing month during January. The company ended up down around 20% during that trading period. But, Planet 13 has some very solid factors that are going in its favor moving forward. The company recently opened its Vegas-based SuperStore which spans as much as 112,000 square feet. Within it, there is everything from coffee shops to pizza restaurants and more. 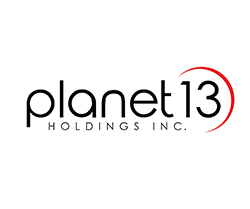 The company has reported some solid success with this location and is planning to open more. Additionally, it has stated that within this facility, it is able to be a vertical producer and retailer of cannabis with an onsite grow lab and testing facility. While the aforementioned declines in stock value don’t have too much of a basis, Planet 13 Holdings continues to be a very interesting pot stock to watch.

Pot Stock To Watch #2 Can This Extraction Company Keep Up

The Valens Company (VLNCF Stock Report) (VLNS) is another interesting alternative pot stock in the industry. The company operates as an extraction service provider. This means that it produces various extract produce under contracts from other companies. It has stated that during this year, it should be able to push out as much as 425,000 kilograms of processing capacity. In the near future, it states that it should be able to turn that number into around 1 million kilograms per year.

As a producer of extracts, the company is able to see higher margins that other raw producers in the industry. This means that it is one of the few pot stocks to actually be showing profits at the current point in time. With that in mind, the company remains a key pot stock to watch moving forward.